Humankind has been enthusiastic to know other cultures for a long time. As a case in point, “India” is the name of a book written by Persian polymath Al-Biruni(d. 1048) about history and culture of India.One of the desirable ways to understand one’s culture is knowing other cultures in the world. The desire to know other cultures increased after renascence in Europe. We need to acknowledge that this introduction happened mainly through exploitation, and its roots was irrigated by the blood of native nations.
One of the nations which faced injustice is Indigenous Australians known asAboriginal. Recent archaeological evidence from the analysis of artefacts suggests humankind existed in Australia for more than sixty thousand years.Following is an interview the writer had with his Aboriginal music and culture teacher, Terry Dijd Lane.Terry is from the Wonarua nation through the Margotts. He is now living among the Dharawal nation. He is an Aboriginal artist, musician and music tutor.

Mir:Mudroorroo, an Aboriginal author says “Our spirituality is a oneness and interconnectedness with all lives and breathes, even with all that does not live or breathe”. How do you describe this interconnectedness in your culture?
Terry:Very simple, spirituality is a connection between all animals and plants.
Mir:I want to ask the previous question in a different way. In Aboriginal culture we can see the concept of “our-ness” instead of “mine-ness”. Private belongings does not have meaning in this culture. The word “private” comes from the Latin verb “privare” meaning to deprive. That means the owner of one thing deprive other people to have that thing. Does the term “our” imply all people or people in one tribe? Do Aboriginals have any hierarchy among them?
Terry: The only hierarchy in Aboriginal culture is the elders of the nation (tribe) and knowledge holders.
Aboriginal people were very community oriented, men hunted, women gathered and then this was shared by everybody in the group.
Mir:Here I want to quote Stephen’s words, an Aboriginal speaker: “some of the most generous people I know have no money. That’s how it should be when we have no money, it’s a different lifestyle. When you see the old people… In our language, we have no such word as “please” or “thank you”, because what is expected of us is that we share and we give what we have. Today, we have to say “please” and “thank you”, we have to beg for things. In the old days, it was a given thing that we would share things. That was a part of who we are. And not only for Aboriginal people, I expect people all around the world would do the same things before money. But nowadays, “it’s mine”. There are words like “mine”. We don’t share our things anymore. And it’s become… It kills us as human beings, as a society, as a race. When I say “race”, I am talking about the human race. But we deny other people shelter, we deny other people food, we deny other people their survival, purely because of money. The Aboriginal spiritual beliefs is more “geosophical” (earth-centred) than “theosophical” (God-centred). Has the Rainbow Serpent created our world instead of the concept of God?
Terry: Everything is created by the creator, there is a lot of stories about the Rainbow Serpent being the creator. Do you want to listen to one of them?
Mir:Absolutely! Stories are very important keys to understand a culture.
This is only a story. The creator being from the Wonarua nation where I am from is Baiame(God). He is also the creator in most south-east Australian’s Aboriginal nation.
Mir:Therefore, the Rainbow Serpent is a male?
Terry: Yes, it is true. The story of the Rainbow Serpent for parts of eastern Australia is the Rainbow Serpent who was from the desert. He was thirsty, so headed to the coast to look for water.The Rainbow Serpent slid on his belly.When he got to the ocean he had a big drink of water, but it was salt water. He spat the water back on to the land which filled the valleys that were made by him sliding on his belly with water. This is how the valley’s rivers were created.
Mir: We know that in Islam and Christianity it is believed that after deathpeople will go to heaven or hell based on their actions in this world. What is the destiny of humans after death in Aboriginal beliefs?
Terry: After we die, we go to the earth, and our spirit stays walking on the land. We come from the earth, and we go back to the earth.
Mir:In this case, what is the difference between sinful and innocent people?
Terry: We believe inboth good and bad spirits depending on how the person behaved when they were alive. A person that misbehaved was punished by elders. Punishment would be anything from having to survive on their own for a month or so- to having spearsthrown at them to being kicked out of the community (tribe). 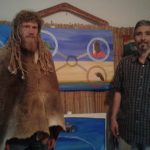 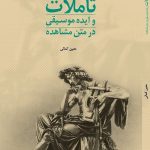